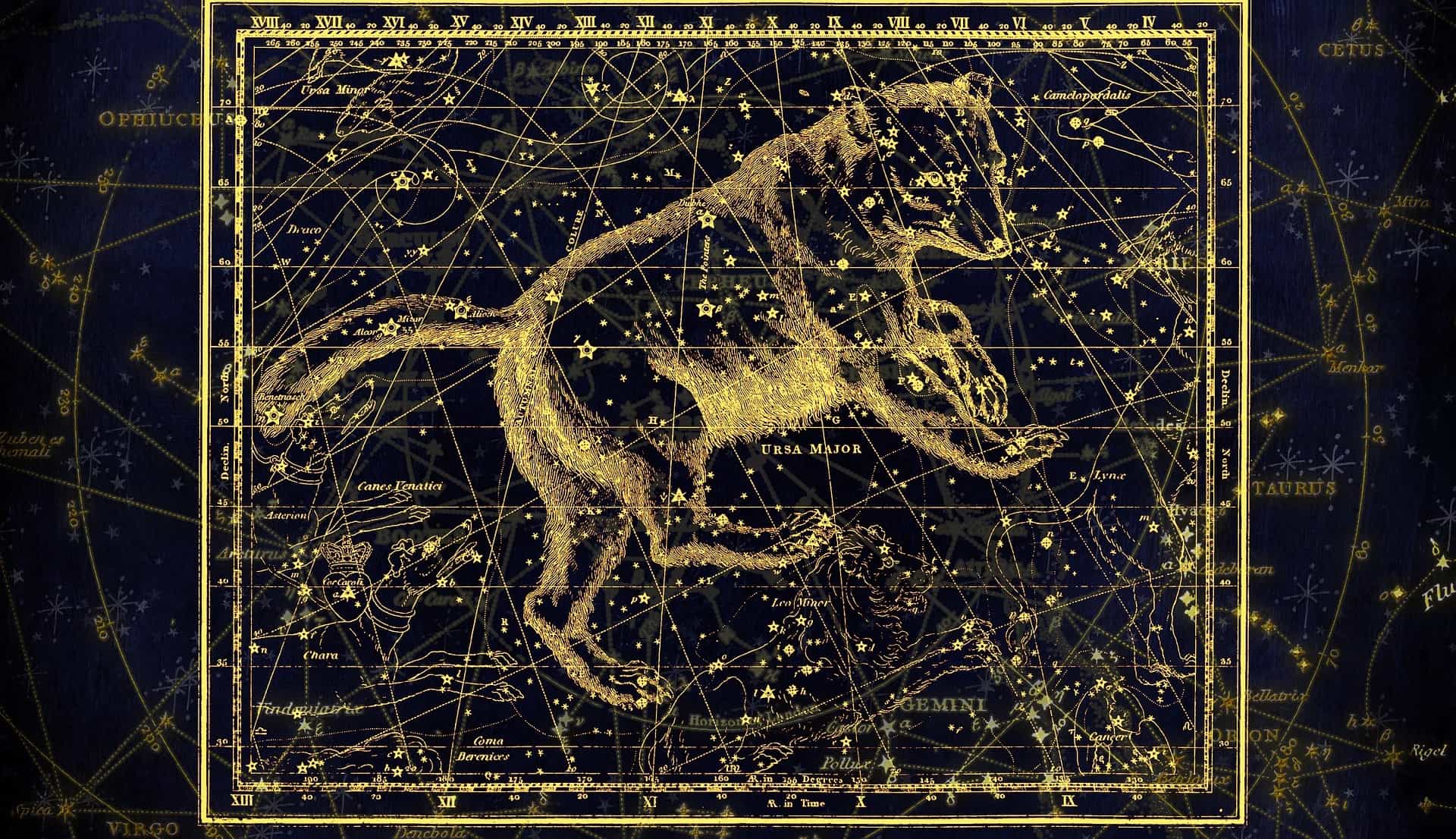 Only a very few constellations are known among people who would consider themselves nothing more than novice "star-gazers.

Of course, the Big Dipper would likely lead that list as the favorite target for star gazing. Also on the list would be the constellation known as "URSA Major" or the "Great Bear." It matters that URSA Major plays a very small part in the formation of the big dipper, something that will be mentioned again in the sections below.

The founding of URSA Major predates much of recorded history. The constellation was one of the original 48 constellations that were listed by Ptolemy at some point in the 2nd century AD. Today, it represents the third largest of what is counted as the 88 "Modern" constellations.

Here are some bullet point fun facts about the URSA Major constellation:

The greatest connection to Greek Mythology for URSA Major can be found in the mythical story of Callisto.

Callisto was a beautiful nymph who had sworn her chastity to the goddess Artemis. That chastity was breached when Callisto caught the eye of Zeus. The two were to become lovers and would bear a child to be named Arcas.

For reasons other than infidelity, Artemis had already banished the beloved Callisto. It was only after doing so that the truth about the pregnancy became known among the Greek Gods.

The least amused among the Gods and Goddesses was none other than Zeus' wife Hera. Deeply hurt and angered by her own husband's infidelity, Hera sought her revenge and turned the helpless Callisto into a bear. In that form, Callisto would be forced to hide in the forest for the next 15 years.

At one point in time, Callisto would come face-to-face with her very own son Arcas. Not knowing he had encountered his mother, Arcas drew his sword to defend against the bear. As Zeus watched what was unfolding from Olympus, he knew he needed to act quickly to keep his son from killing the son's mother.

His reaction was to send a whirlwind that would cast both his lover and son into the stars as constellations.

Arcas was turned into the constellation Boötes, the Herdsman, and of course, Callisto was turned into URSA Major. While other versions of the myth exist, they are all quite similar in the way they ended.

Btw, how about your very own star name? It’s a great anniversary or sympathy gift for someone special in your life.

URSA Major - Relevant Stars and Proximity to Other Stars and Constellations

As was mentioned in the above section, URSA Major borders 8 other major constellations, including Boötes, Camelopardalis, Canes Venatici, Coma Berenices, Draco, Leo, Leo Minor, and Lynx.

URSA Major has a total of 22 confirmed stars in its configuration with Alioth or Epsilon Ursae Majoris, being the brightest of the lot. The 22 stars in alphabetical order include Alcor, Alioth, Alkaid, Alkaphrah, Alula Australis, Alula Borealis, Aniara, Chalawan, Dombay, Dubhe, Intercrus, Liesma, Megrez, Merak, Mizar, Muscida, Násti, Phecda, Taiyangshou, Talitha, Tania Australis, and Tania Borealis. All of these types of stars have been formally recognized by the IAU.

Of the asterisms associated with URSA Major, The Big Dipper (The Plough) is by far the most famous. Of course, there is also a meaningful association with The Little Dipper, which is part of URSA Minor.

It's important to note that The Big Dipper has always served as a key navigation point as it points to "The North Star" in the northern skies. The seven primary stars that make up The Big Dipper include Dubhe (Alpha Ursae Majoris), Merak (Beta UMa), Phecda (Gamma UMa), Megrez (Delta UMa), Alioth (Epsilon UMa), Mizar (Zeta UMa), and Alkaid (Eta UMa). Note the UMa abbreviation at the end of each name.

For anyone who is wanting to get more involved with star gazing, learning about major constellations like URSA Major, URSA Minor, The Big Dipper, and the Little Dipper are always good places to start. From there, everything else seems to fall in place and starts making a whole lot more sense.

Name A Star After Her

Every person has a soul that is eternal; as Mom passes on, she is living among the stars. Naming a star after her is a beautiful way to memorialize her and provide lasting memories for you and your family members.

Brightly sparkling stars make perfect sympathy gifts for those that want their loved one's memory to be cherished forever.