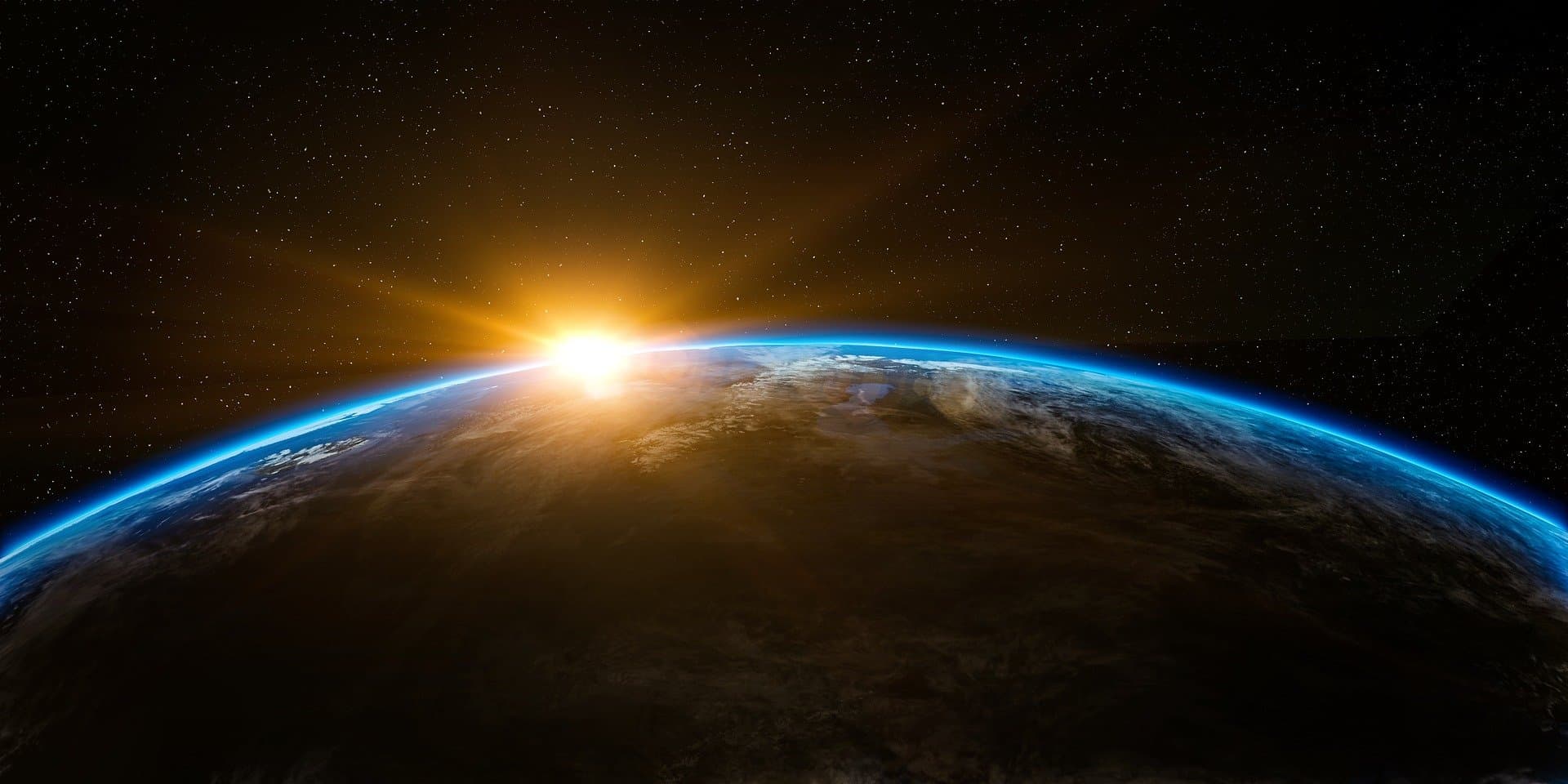 What type of star is the sun?

Amazing Facts About the Sun

The sun, one of the most well-known stars in our universe, is classified as a G-type main-sequence star, more commonly known as a yellow dwarf star. Yellow dwarf stars make up around 7% of stars in the Milky Way Galaxy. Other types include red giants, white dwarfs, binary stars and supergiants.

Red giants are old stars that have exhausted their hydrogen fuel and begun fusing heavier elements together. White dwarfs, on the other hand, are very hot in comparison but much smaller. Their diminutive size is due to a lack of mass resulting from the star's exhaustion of fuel.

Binary stars are pairs of stars orbiting each other while supergiants have extremely large masses and intense luminosities. The earth’s sun is a relatively medium-sized star with a stable temperature that’s ideal for life to flourish.

How Old Is the Sun?

Scientists believe the sun formed over 4.5 billion years ago, making it one of the oldest objects in the universe. It was only a few hundred million years after its formation that earth began to take shape. This means that when our planet formed, the sun was roughly 4 billion years old, making it a fairly senior adult in cosmic terms.

Astronomers believe that understanding the sun's age can help us better understand how stars form and evolve. It may also explain some mysteries about our solar system, such as the size and shape of some orbits as well as the temperatures of planets.

What Is a Yellow Dwarf Star?

Yellow dwarfs are small and relatively cool with temperatures ranging from 5,300 to 6,000 Kelvin. In comparison, some types of stars can exceed 50,000 Kelvin. Yellow dwarf stars—or G-type main-sequence stars, as they’re formally known—are a small minority of the universe’s stellar population, ranging in mass from 0.7 to 1.13 times the mass of the sun. About half of yellow dwarf stars have planets orbiting them, making it likely that extraterrestrial life could exist within their systems.

How Many Stars Are There in the Milky Way Galaxy?

In the Milky Way, stars number in the hundreds of billions. Although estimates for the exact number often change, scientists believe that more stars exist than grains of sand on all the beaches of earth. In addition, our galaxy may contain around 200 billion planets, including dwarf planets, moons and other minor stellar bodies.

From red dwarfs that are barely visible from earth to blue giants burning brighter than any other known star, the Milky Way is home to a huge variety of star types. Studying these stars can give us insight into the formation of the galaxy itself and even into our own place in the universe.

Will the Sun Become a Red Dwarf?

The energy that radiates from the sun is life-giving in many ways, and its death could create a very different type of living energy. The sun is currently on its main sequence, which means it could become a red giant after exhausting its hydrogen supply. If enough mass is present, the core may shrink and become a white dwarf or even be blasted out as a supernova.

This event would be followed by a brief period of extreme radiation before the supernova finally formed into a red dwarf. Today, researchers are committed to finding answers about the fate of our star as understanding these processes could give us vital insights into how stellar systems form and evolve over time.

Will Humans Be Able to Survive a Supernova of the Sun?

Human survival in the face of a supernova is incredibly unlikely, but that doesn't mean our species will necessarily vanish if it happens. The current level of technology, at least theoretically, allows us to move past our own solar system, eventually finding other planets where we could put down new roots and re-establish our population.

It wouldn't be easy since traveling between galaxies would take an estimated 100,000 years by the fastest technology available today. But given the right conditions, such as an advanced propulsion system or even travel through wormholes, humanity might have a chance to survive on other planets.

What Are the Different Types of Stars?

Stars come in a variety of different classifications that vary based on their temperature and luminosity. O-type stars, for example, have the highest intrinsic luminance and temperatures measuring up to 50,000 Kelvin. B-type stars come second in terms of brightness but with temperatures slightly lower at 10,000 to 30,000 Kelvin.

Lastly, Y-Type stars hold the distinction of being one of the rarest types known to exist. Their temperatures range between 500 and 2,400 Kelvin, which keeps them hidden from most forms of deep-space observation.

One fascinating type of star is a quasar, which is a type of supermassive black hole located at the center of some active galaxies. Quasars have extraordinary properties that make them intriguing and mysterious to astronomers.

They’re incredibly luminous, emitting up to 100,000 times as much energy as the entire Milky Way. They can also produce intense outflows of material, called jets, which travel near the speed of light. Scientists theorize that the power behind these inexplicable phenomena originates in their strong gravitational fields, making stellar quasars profound sources of insight into the nature of space and time.

How Hot Is the Sun?

According to astronomers, the sun's surface temperature is estimated to be around 5,500 degrees Celsius, more extreme than any heat source on earth. Scientists use a device called a spectroheliograph to measure the sun's temperature and how much energy it gives off.

Researchers have compared this information to different temperatures on earth, such as boiling water or volcanic rock, and determined that the sun is probably the hottest object in the solar system. Moreover, the sun’s energy output in one second is enough to power an entire city.

What Is Solar Electromagnetism?

Solar electromagnetism refers to the magnetic forces generated by the sun and how they interact with earth's magnetic environment. These interactions are complex and constitute an ever-changing system of electric currents, loops and fields in both the sun’s interior and its outer atmosphere.

Though they may be mysterious, these electromagnetic forces are at work all day every day and are responsible for some of our most extreme weather patterns. By studying solar electromagnetism, researchers gain valuable insight into the weather processes in outer space, which can help predict phenomena ranging from geomagnetic storms to auroras.

What Are Solar Winds?

Solar winds are streams of charged particles from the sun that move through space at high speeds. These particles are composed of protons, electrons, ions and some neutral atoms. They travel away from the sun in all directions and produce a continuous outflow of material with immense amounts of energy. Solar winds create beautiful auroras when they interact with earth’s magnetic field. On a larger scale, they can affect the orbits of comets, dust levels in interplanetary space and even the weather on earth.

Sunspots are dark spots on the sun’s surface that come and go over time. Formed by a complex interaction of magnetic fields, they appear as darker regions in the sun’s photosphere due to their relatively lower temperatures.

While they aren't usually cause for alarm, some larger sunspots can produce solar flares that emit radiation, disrupting satellites and other electronics. To get an understanding of the activity of these mysterious cosmic phenomena, astronomers look at the number and size of sunspots over a given period of time.

Nuclear fusion occurs when two atoms join together to form a larger atom. At the core of the sun, hydrogen atoms are heated until they eventually become helium, creating a tremendous release of energy. That energy then escapes in the form of light and radiation, which is what we experience as the sun’s warmth.

Fusion in the Sun is powered by the strong nuclear force, a force within each atom that holds them together. This phenomenon allows the release of energy via the fusion of hydrogen into helium. In this way, not only does the sun provide daily warmth and light, but it also runs off one of the most powerful forces known to humankind.

How Long Will It Be Before the Sun Explodes?

The sun will enter the final stage of its life cycle in about 5 billion years, consuming Mercury and Venus as it grows. Eventually, photons from the core will cause an outward pressure that will blow away the outer layers of gas from the sun, leaving its hot core exposed and creating a planetary nebula.